Welcome to The Art of Dori Hartley 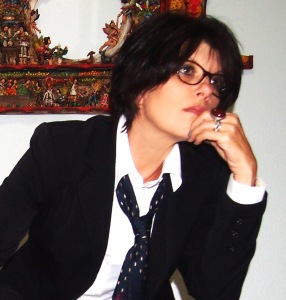 DORI HARTLEY is primarily a portrait artist who works in oil, acrylic, watercolor, pastel, pencil, ink, Photoshop, ArtRage and Corel Painter. As an artisan, she is a silversmith, a sculptor, a doll maker, a muralist, a faux painter and a costume designer.

She was educated at the High School of Music and Art, The Parsons School of Design, The Art Institute of Pittsburgh and The Finishing School (for Italian finishes, murals, tromp l’oeil and fresco)

She won an MTV award for Best Costume Design and Best Make Up for the video, Close to the Edit by Art of Noise. She has done literally thousands of portraits in her life. Her personal standard is to create a thing of beauty every single day.

As an essayist and a journalist, she can be read in The Huffington Post, ParentDish, YourTango, The Daily Beast, Psychology Today, More Magazine, XOJane, MyDaily and The Stir. She also ghostwrites for many online publications and has many pseudonyms.

She is the author of one novel, Angels and Echoes, a dark contemporary fiction.

She has two art books out. ‘Beauty’ – a compilation of early paintings, and ‘Antler Velvet’, a book of fan art based on the television series, Hannibal.

As a musician, Hartley has written and composed for and with the likes of Carlos Santana, The Goo Goo Dolls, Tears for Fears, Patricia Kaas and Daphne Rubin-Vega. Her song, ‘Nobody Loves Me But You’ was featured as part of the plot line in episode 11 (A Hit is a Hit) in the first season of The Sopranos. She is a singer, a pianist and a guitarist. It is her intention to one day play the theremin.

She has an international following, and her paintings and drawings can be found in the homes of people all over the world.

She lives in New York City.